Effects of the Releasing Massage

The releasing massage has a very favorable effect on men’s physical and mental state. The impact of the releasing massage lies in its ability to improve the muscle and joint condition, combined with mobilizing a powerful sexual energy that improves patency of energy channels. Upon recovery from diseases or injuries, a well selected and performed releasing massage also has a beneficial effect on the body. 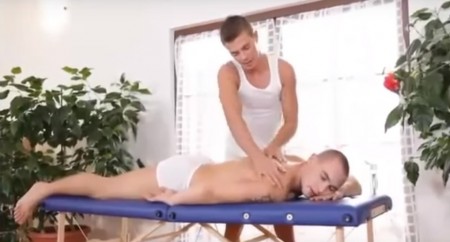 The massage acts directly on the body surface. By applying specific massage techniques, the blood circulation is improved, which in turn leads to strong pinkish or red skin. The penis massage improves blood patency and contributes to the prevention of impotence and sexual dysfunction. It significantly improves the nutrition of the skin cells throughout the body. It is generally known that the massage contributes to the elasticity and smoothness of skin and leads to less wrinkles, and the skin becomes more resistant to weather influences like sun, rain, cold, etc. But we must not forget that the massage is beneficial only on healthy and clean skin with no injuries. Practicing regular releasing massage can also help to remove accumulated subcutaneous fat. The releasing massage, coupled with diet and exercise, is the only strategy for maximum effect for people suffering from obesity.

The massage has a positive influence on the joints, helping them to increase and maintain their mobility. The activity of the joints is reduced in people who do not move enough. By massaging partially immobilized joints, almost all unnecessary/waste substances that often cause increased fatigue, difficulty in movement and pain are removed. After the releasing massage is performed, the condition of the joints improves and their movement capacity increases. As part of necessary treatments after suffering injuries, the massage is considered invaluable, as it aids pain relieve and improves joint mobility.

In addition to that, the releasing massage improves blood and lymph circulation, including men’s intimate area, it removes waste substances which form in muscles after exercise and as a general result – it helps one to overcome fatigue faster. It is also widely known that the massage is beneficial on internal organs as well.

Moreover and equally important is the fact that the massage has a positive effect on the nervous system. While moderate and slow gentle movements have a soothing effect, strong and quick massages with alternating rhythm and greater intensity in different directions have an exciting effect on the nervous system. For the proper type of massage to be chosen, however, we have to take into account the patient’s type of nervous system. For overly excited people, the gently soothing massage will have a beneficial effect, while more vigorous massage techniques are more suitable for exhausted and low-profile people. The massage techniques always have an effect on the skin and the tissue below it. Through specific massages, the skin receptors on the skin or under it can either be excited or inhibited, and in turn reflectively influence the central nervous system which then affect other organs of the body. This explains the reflection effect of the releasing massage.

Various massage techniques cause the activation of histamine and histaminopodobnite substances that lead to expansion of capillaries. They lead to an improved blood supply to the areas being massaged, redness of the skin and increase in body temperature. This improves the overall metabolism thus – the biochemical effect of the massage.

The massage mechanically accelerates the blood and lymph circulation, resulting in faster release of waste substances of the metabolism. It also improves the release of sweat toxins. Thus it accelerates relaxation after strenuous movements and minimizes pain. After having undergone a releasing massage, recovery is much faster than after conventional passive recreation. This explains the mechanical effect of massage.

Those various effects of the releasing massage occur simultaneously and their effect in the body is complex. The results depend on the various massage techniques employed, their direction, intensity, speed and manner of their implementation and impact of the auxiliary massage tools or equipment, and the environment where the massage is performed, the state of the patient and masseur, and a number of other circumstances.

Can find this type of massage in VIP Massage Studio, Sofia